The detailed progam and the program at a glance of the conference are now available.

Robot Safety, i.e. the safety of humans within the vicinity of robots, is central for many new applications in industry and everyday scenarios where robots act within shared workspaces. Classic industrial robots deal with safety aspects through a strict framework that employs dedicated safety hardware and barriers (fences) to separate the human’s and the robot’s workspace and limit the physical interaction accordingly. Furthermore, Cyber-physical Safety is often solved by operating the robot in dedicated, sometimes even physically separated, data networks. Moving towards the integration of Industry 4.0 as well as implementing modern robots that collaborate with humans physically will, however, require machines that operate without physical and cyber-physical fences. The technical standard ISO/TS 15066, for example, details the admissible scenarios for human-robot collaboration and specifies compulsory physical force and pressure limits for unavoidable unwanted human-robot contact situations. Applying those limits blindly, will almost always lead to unsatisfactory performance of a robot. Furthermore, as modern robots realize robot safety within the robot’s control system instead of isolated safety systems, it is clear that cyber-security threats potentially impose physical danger through the robot’s interaction capabilities. Thus, enabling robots to be Industry 4.0 ready and beyond will require us to re-think safety and security in an inclusive way.

The talk will exemplify both safety aspects and their interconnection in modern robot systems in detail and illustrate desirable R&D corridors towards secure & safe robot systems that can serve as trustworthy companions in our future world.

How a manufacturing company, with knowledge of machining and process automation can face the industry change? This is a dilemma for a SME where the gap between the technology trends in the digitalization and the automation of the process and the real competence is huge and seems to increase every day.
The technology trends are speeding up and the SME are not able to follow them in a very short time. The effect is that they are blocked in front of that.
The capacity of the “automation company” to make the application friendly and more clause to the process will be the key to close the gap. The knowledge of the process of the manufacturing company has to be mixed with the knowledge of the automation company to have a common path into the transformation.
An example of that will be presented.

To welcome the participants at the conference venue, a special cocktail will be offered to all attendants in the wonderful atmosphere of the Casa della Contadinanza, located on the hill of the Castle of Udine. 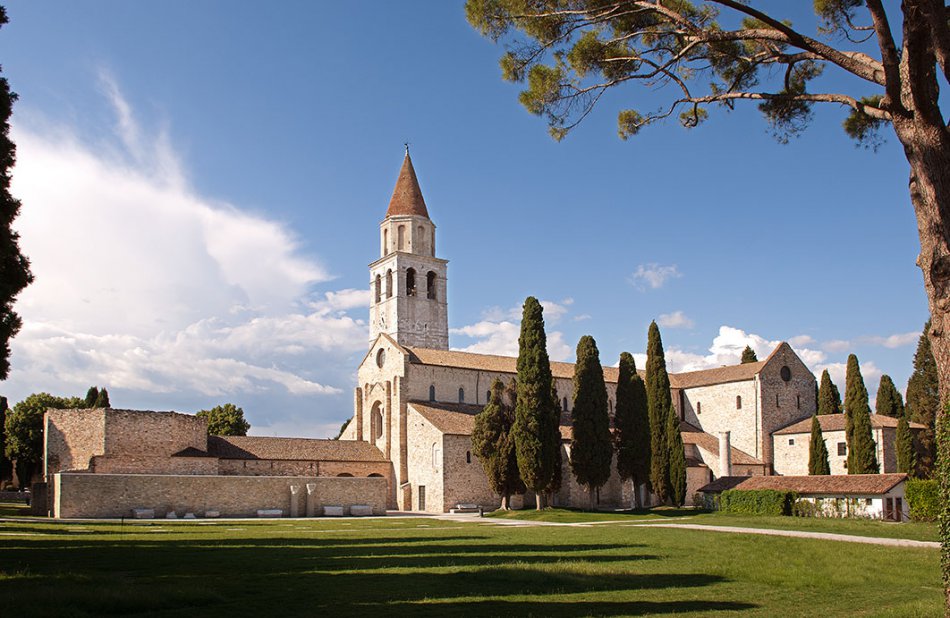 Aquileia, today a small village in the plains of Friuli, has been one of the biggest cities of Roman Empire, with a population of more than 100,000 in the 2nd century AD, and it’s one of the most important archeological sites of Northern Italy. It’s foundation dates back to 181 b.C., and thank to a wide river connecting it to the sea, it became a rich and international trading centre connecting the Mediterranean to Central Europe. It also became a dominant hub of the Christian world for Central Europe from the 4th to the 18th Century.

The guided tour of Aquileia, classed as a Unesco World Heritage site since 1998, includes the entrance to theenchanting Early Christian Basilica, with a stunning mosaic floor of the 4th a.D. covering an area of 760 square meters (8.180ft - the biggest early Christian mosaic floor known in the western world). The Church is now a Medieval Latin cross-shape building, where a mix of Romanesque and Gothic style gives it a unique atmosphere.

The tour goes on with a nice walk to some of the huge archeological excavation areas: the guide will show you the remains of the Roman Forum, the floors and foundations of private houses inhabited for many centuries or, if the time is enough, the Roman River Port with its solid 350 meters long piers and the imposing warehouses.

After the visit to the archeological area, the bus will reach Grado, a little Island set between the lagoon and the Adriatic Sea, where the suggestive Medieval historical centre has a graceful Venetian style and is flanked by picturesquely cluttered fishermen's houses. The guide will show you the beautiful historical centre, with a pleasant walk through the “calli” and “campielli”, until you reach the Promenade facing the Gulf of Trieste.

The day ends with a dinner in a local restaurant with a great seaview.

Accompaning persons can partecipate to a guided tour in Venice. 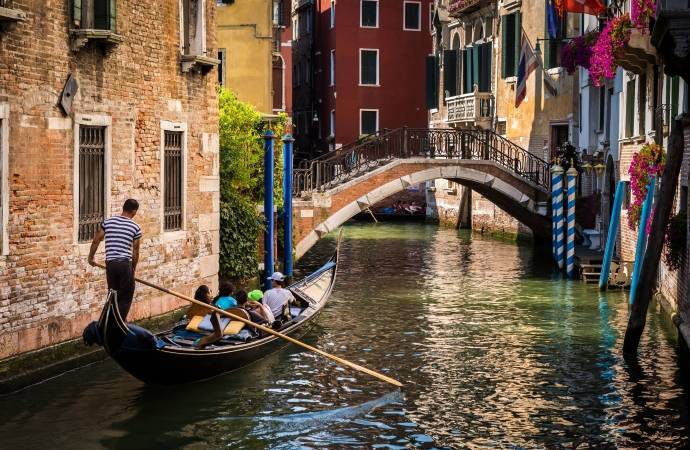 Venice and its Lagoon have been protected by UNESCO since 1987 and number with WWF sites.

This tour is a full day excursion to Venice and wants to offer a 360° understanding of this magical place, whose legendary foundation dates back to VII century.

Upon our arrival at Santa Lucia Train Station we meet our guide and enjoy a 3-hour guided tour of the city built on 120 islands. During the walk we cross several bridges to reach Rialto and its popular fish market but we also proceed off the beaten path to discover some more intimate and picturesque corners. St Mark's Square, the political and religious city centre in the past times is surrounded by worldwide famous monuments, like the Doge's Palace and the clocktower. Thanks to a priority line entrance we visit the Basilica and admire its golden mosaics.

Murano glass is certainly Venice most popular souvenir; at the end of the guided tour we'll take the chance to see the art of glass blowing in a small furnace.

Before leaving, the guide will be happy to give infos about restaurants, shopping, gondolas......

At 5 pm we meet again to go back to the train station but this time we'll board a private watertaxi to enjoy a ride along the Grand Canal and admire Venice from the water.

The food and wine kermesse Friulidoc 2018 will be held in Udine from 13th to 16th September. The festival is dedicated to the promotion of regional wine, food, artisanry and art. This tempting occasion to taste the treasures of Friulian wine and food is combined with special events not to be missed, including exhibitions, shows, conferences, art exhibits and artisan production, respecting the most ancient local traditions.

Given the popularity of the festival, it is suggested to book your hotel room in advance.