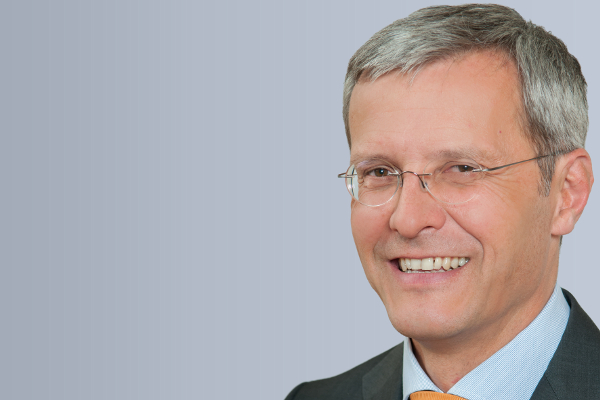 Michael Hofbaur directs the JOANNEUM RESEARCH ROBOTICS Institute since September 2014. Prior to this appointment he was professor for automation and control engineering at UMIT in Hall i. Tyrol and held researcher positions at Graz University of Technology and the AI and Space Systems Laboratories of M.I.T., Cambridge, USA.

He obtained the venia docendi for the scientific field of Automation and Complex Systems and the PhD in Electrical Engineering from Graz University of Technology in 2004 and 1999 respectively. During his time at UMIT, the Control and Automation Institute at Graz University of Technology and the M.I.T. he mainly worked in the fields of control theory, systems monitoring and diagnosis and mechatronic systems design with applications in the robotics, process industry and automotive domain.

Robot Safety, i.e. the safety of humans within the vicinity of robots, is central for many new applications in industry and everyday scenarios where robots act within shared workspaces. Classic industrial robots deal with safety aspects through a strict framework that employs dedicated safety hardware and barriers (fences) to separate the human’s and the robot’s workspace and limit the physical interaction accordingly. Furthermore, Cyber-physical Safety is often solved by operating the robot in dedicated, sometimes even physically separated, data networks. Moving towards the integration of Industry 4.0 as well as implementing modern robots that collaborate with humans physically will, however, require machines that operate without physical and cyber-physical fences. The technical standard ISO/TS 15066, for example, details the admissible scenarios for human-robot collaboration and specifies compulsory physical force and pressure limits for unavoidable unwanted human-robot contact situations. Applying those limits blindly, will almost always lead to unsatisfactory performance of a robot. Furthermore, as modern robots realize robot safety within the robot’s control system instead of isolated safety systems, it is clear that cyber-security threats potentially impose physical danger through the robot’s interaction capabilities. Thus, enabling robots to be Industry 4.0 ready and beyond will require us to re-think safety and security in an inclusive way.

The talk will exemplify both safety aspects and their interconnection in modern robot systems in detail and illustrate desirable R&D corridors towards secure & safe robot systems that can serve as trustworthy companions in our future world. 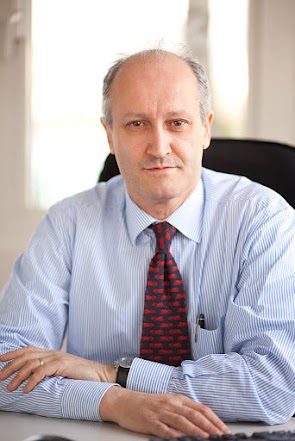 Born in Conegliano (province of Treviso) in 1962, Sergio Barel graduated in Mechanical Engineering at the University of Padua, later being awarded a Master's Degree in Business Administration by the Profingest Management School in Bologna. Between 1988 and 1990 he worked as a design engineer for Riva Calzoni Spa in Bologna.

From 1990 to 1993 he worked as Director of Experimentation and Technologies at Brovedani S.P.A.. Between 1993 and 1994 he worked for Industrie Ottiche Europee in Longarone as director of industrialization. In 1994 he returned to Brovedani  as Technical Director, and later became Director of Operations. In 2007 he became General Manager, and in 2011 Managing Director. Since 2002 he has collaborated as Lecturer in MBA studies and management courses for the Profingest Management School and Alma Graduate School in Bologna. He became a Member of the Steering Committee for the Degree course in Logistics Engineering at the University of Trieste and collaborated with the University of Udine in drawing up study plans for their Diploma in Mechanical Engineering. He acts as tutor for numerous theses with the Universities of Udine and Trieste. He also collaborated with the TECNOPOLIS institute in Bari in the development of technologies for artificial vision.
Co-founder of the Consorzio Keymec Centro di Innovazione, Ricerca e Formazione (Keymec Consortium Centre for Innovation, Research and Training) in San Vito al Tagliamento. Member of the Lean Experience Factory Management Body, San Vito al Tagliamento (Province of Pordenone). Since  2012, he has been  Vice-Chairman of the Unione Industriali [Industrialists' Union], Pordenone, responsible for Efficiency, Safety and Environment.
In 2012 he became a  Member of the Safety Committee of the National Confederation of Industries.
In 2013 he was elected President of Distretto Comet, "District for Components and Thermoelectromechanics", now COMET Cluster Metalmeccanica Friuli Venezia Giulia. He has been a Member of the General Committee of the National Confederation of Industries since 2016.

How a manufacturing company, with knowledge of machining and process automation can face the industry change? This is a dilemma for a SME where the gap between the technology trends in the digitalization and the automation of the process and the real competence is huge and seems to increase every day.
The technology trends are speeding up and the SME are not able to follow them in a very short time. The effect is that they are blocked in front of that.
The capacity of the “automation company” to make the application friendly and more clause to the process will be the key to close the gap. The knowledge of the process of the manufacturing company has to be mixed with the knowledge of the automation company to have a common path into the transformation.
An example of that will be presented.